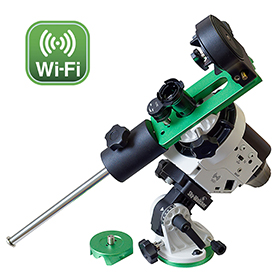 Provides various combinations to satisfy all you needs for astrophotography and time-lapse photography. It is a high precision, portable and stable celestial tracking platform for sidereal, solar and lunar tracking with automatic DSLR shutter release control. Moreover, it contains pre-programmed parameters assisting you to create interesting time-lapse videos with your DSLR.

The Star Adventurer 2i can attach to any standard tripod via its ¼" or 3/8" adapters. The latitude can be set by either adjusting the tilt of your tripod head to match your latitude or more accurately with the included Equatorial Wedge. To fit a camera to the Star Adventurer 2i, either a tripod Ball Head can be fitted (not supplied) or to the supplied Dovetail L-Bracket. The Dovetail L-Bracket used in conjunction with the supplied counterweight shaft/counterweight also allows small telescopes (e.g. Skymax-90), with a ¼-20 tripod fitting, to be used with the Star Adventurer 2i. By dispensing with the counterweight shaft, a small telescope and camera (using a ball head, not supplied) can be mounted simultaneously on the Dovetail L-bracket. Using just the dovetail bar from the Dovetail L-Bracket, two cameras can be mounted at the same time using two tripod ball heads (not supplied). 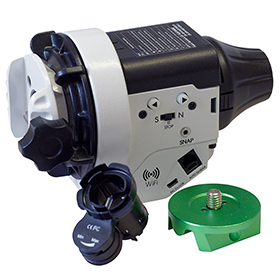 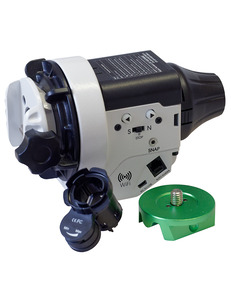