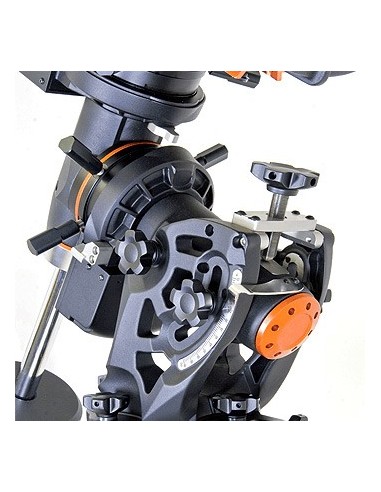 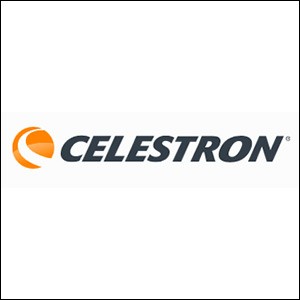 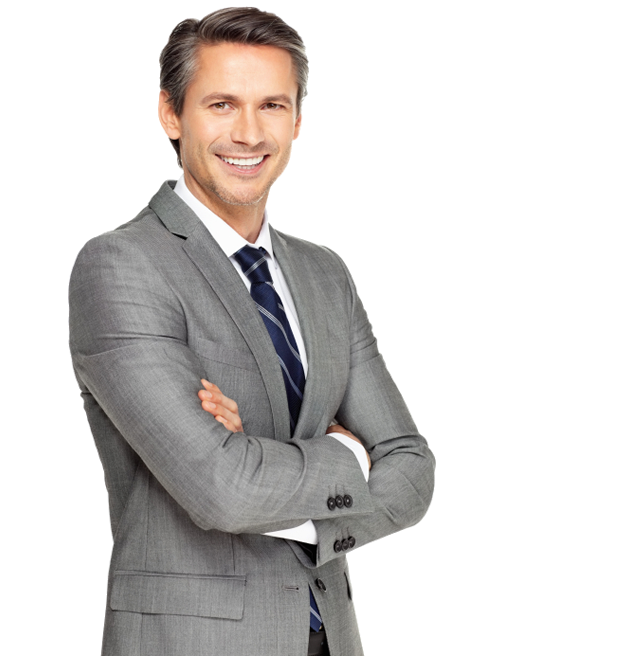 In addition to being fully computerized with a database of over 40, 000 celestial objects, the New CGE Pro German Equatorial mount has been completely redesign to offer numerous design advantages for the Astrophotographer:

Increased Payload Capacity
Able to hold our 14" SCT telescope more securely as well as larger optical tubes up to a maximum payload of 90lbs.

All-Star Polar Alignment
Choose any bright alignment star for a software assisted alignment of the mounts polar axis that will have you ready for imaging even if you can't see the North Star.

Meridian Tracking
Extended tracking pass the Meridian of up to 20 degrees of uninterrupted imaging through the best part of the sky.

Power Management
Redesigned electronics deliver constant regulated power to the motor capable of driving the telescope even when not perfectly balanced. This allows the CGE Pro to have the payload capacity of that of much larger (and expensive) mounts without sacrificing smooth tracking motion and pointing accuracy across the entire sky.

Accuracy
The hallmark of any telescope mount is its ability to find, center and track celestial objects with the highest degree of accuracy.

Pointing
With just a standard hand control alignment, CGE Pro has the ability to center a star in your eyepiece or CCD chip to within 5 arc minutes. Using NexStar's advanced pointing features such as Calibration Stars, Sync and Precise GoTo, further improves the pointing accuracy to as low as 1 arc minute in the desired region of the sky.

In addition to these improvements, the Celestron line of German Equatorial mounts has long been recognized for features preferred by visual observers and astrophotographer alike. Among them include:

Portability
Set up and transportation of the CGE Pro telescopes is made easy by separating the mount into smaller, easy-to-carry components. Unlike fork arm mounted telescopes, the CGE's optical tubes can be quickly removed from their mounts making even the CGE Pro1400 easily assembled in minutes.

Stability
Recognized for superior stability, German Equatorial mounts place the center of gravity directly over the tripod legs and can be easily polar aligned without the use of an optional equatorial wedge. This proven design reduces the "tuning fork" vibration that can be associated with undersized fork mounts. An improved Super HD Tripod supports the CGE Pro mount. This fully extendable tripod is made from the finest 2.75" stainless steel and can be raised to a height of 55". The tripod uses a dual leg support for maximum rigidity with an upper leg brace to provide an outward preload and a lower leg brace providing inward tension.

Balance
CGE Pro equatorial mounts can easily be balanced in both axes. Simply sliding the counterweight for Right Ascension and moving the optical tube along its dovetail mounting for Declination accomplish balancing the weight of camera equipment and other visual accessories. This means that no additional weight needs to be added to balance the telescope when additional accessories are added.

Clearance
CGE Pro mounts support their tubes at a single contact point allowing the tube to move freely around its polar axis without making contact with the telescope's mount. Software features allow the user to set the mounts slew limits to guaranty safe motion. This is particularly useful when adding photographic and CCD instruments that extend from the rear of the telescopes.

All CGE mounted telescopes are compatible with Celestron's CN-16 GPS accessory. Combine the GPS and built-in real time clock and these telescopes will keep track and remember their exact location and time without having to enter the information into the hand control.